Some friendships are like lightning, a brilliant jolt of expelling energy — intense, unsustainable — succeeded by a ghost on the retina.

The images here document a selection from the received half of a two-way posted exchange, undertaken in the flashpoint of such a friendship. The postcards are made of photographs and found and collected scraps. Sent over 2 years, in the analogue/digital crosspoint of the mid-1990s, they encapsulate a nostalgia for old technologies (typewriters, snail mail), collapsed together with new (early digital prints).

These correspondences were not our primary way of communicating—we lived nearby and saw each other often—but rather a gift-exchange, an alternative form of poetic and aesthetic engagement.

I don’t have my side of the correspondence, nor any documentation, nor any memory of it. But this received half mirrors what I must have sent—a confluence of shared references. I recognise in this exchange the seeds of my subsequent practice as an artist: bricolage, usually photo-based, utilising found images and readymade surfaces as palimpsests to inscribe.

I don’t know what these images may generate for other people looking at them. For me, they are tektites: the residue of the impact of a friendship, reverberating after-images from a distance of more than 20 years.

*For privacy, I have redacted sections of the works that may identify their maker. 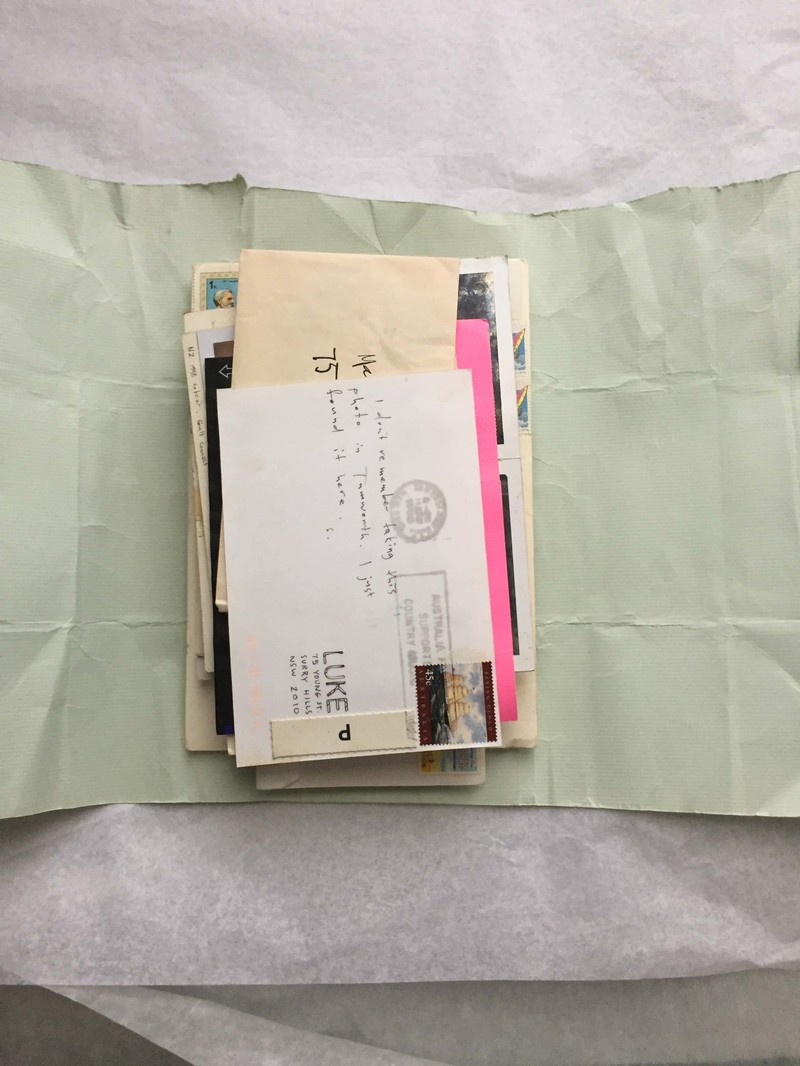